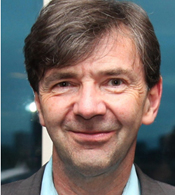 Professor Dominic Regan is one of the UK's foremost speakers on costs and dispute resolution and is a special adviser to the Association of Costs Lawyers.

One of his recent projects entailed advising a magic circle firm on costs arguments in the largest construction dispute in English legal history.

The lawyers' lawyer, Dominic provides advice to a number of Government departments including the Ministry of Defence and HM Revenue and Customs.

A much sought-after speaker, he is often booked by clients up to 2 years ahead.