Posted by Michelle Barron on 17th June, 2019 in Opinion and categorised in . 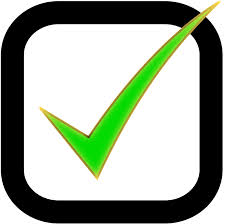 The answer is a simple tick on the Family Advocacy Scheme Advocates Attendance Form (EX506). The above figures relate to Care matters before a District/Circuit Judge and are the difference between being paid for a <60 minute Issues Resolution Hearing (IRH) where the matter settles (£95.40), and being paid for the same hearing with the Final Hearing daily rate payment (£556.88).

On the EX506 form there is a box to tick under the heading ‘Case Settled’ which has an IRH option. If an advocate ticks this box, as they attended an IRH where the case settles, they will be paid the Final Hearing daily rate in accordance with the Legal Aid Agency’s guidelines for the Family Advocacy Scheme. If the box is not ticked, then the matter will be paid as an Interim Hearing based on the amount of time recorded on the EX506 form.

If the box is not completed correctly, there is also the chance that an eagle-eyed assessor at the Legal Aid Agency, will reject the claim for costs which could result in the matter having to be returned to Court, if the costs claim increases as a result of the error.

To also make sure that the correct payment is received for each hearing, it is essential the EX506 Form is completed correctly. The EX506 form should be completed at the end of the hearing and immediately approved/signed by the Judge/Legal Advisor. If there are any bolt on’s claimed, then the Judge can initial the relevant section of the EX506 form or the Court Office can seal the same. If the Court seal obscures the times recorded on the EX506 form, then attach a copy of an attendance note which confirms the times claimed when submitting the form. If the matter is being claimed as an Interim Hearing, then the time spent at lunch should also be recorded (or zero where no lunch was taken).

In cases where you are unsure whether the Family Advocacy Scheme applies, always complete the form as it is better to have one you can ignore than be without one and only receive payment for a <60 minutes Interim Hearing (see exemptions from the scheme within the Civil Finance Electronic Handbook on the Legal Aid Agency’s website).

In summary, always be aware of what payment you can receive under the Family Advocacy Scheme and make sure that a correctly completed/signed EX506 Form is available to support the claim for payment.

This article was written by Allistair Lang who joined Jennings in 1998. Allistair is a Costs Lawyer and has played a pivotal role in Jennings’ Legal Aid training programme delivering seminars to numerous Legal Aid suppliers. He has considerable technical knowledge and in-depth understanding of all Legally Aided matters and has been involved in CCMS since the initial North East trial period.