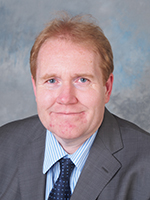 Nick Kitchen is a Legal Executive and senior costs practitioner working at the Exeter branch of Burcher Jennings.

Nick comes to Burcher Jennings with a broad spectrum of experience, particularly with respect to personal injury claims. He is a fellow of the Charted Institute of Legal Executives (admitted 1997).

Nick has been involved in legal costs since 1998 and has been working exclusively and extensively in this practice since 2004. He has the benefit of experience across most areas of litigation, including crime, family and civil disputes.

Representing both receiving and paying parties in civil litigation matters, Nick has come to specialise in personal injury claims, including large and catastrophic loss claims. He has appeared as an advocate in courts across the country, including one particular case for several major insurance companies where he was dealing with claims for costs in personal injury actions that involved assessment hearings nationwide.

The expertise that Nick has acquired led to his being appointed Technical Head of Costs with responsibility for in-house and client training on cost with former employer Shakespeares Solicitors LLP in Birmingham. As a practitioner he is particularly skilled at handling technical costs issues and has an impressive breadth of knowledge of case law.

Nick’s expertise allows him to take part in knowledge sharing with solicitors and the wider legal profession. He has prepared and presented a seminar on costs issues for the local Law Society and contributed to the Personal Injury Law Journal with an in depth article on the issue of costs budgeting.