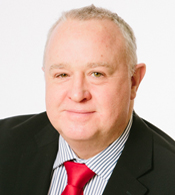 Following post-­graduate study in pricing related disciplines, Richard has been based in London since 2012 as the Managing Director of Validatum (UK) Limited. Richard now devotes all of his time to legal services pricing consultancy work and is widely regarded as the leading international authority on pricing legal services.

Richard is a regular speaker at national and international conferences including the IBA global conference (Dublin, Ireland) and the Commonwealth Law Conference (Hyderabad, India).  His legal services pricing research and commentary have been widely published or cited in Commonwealth Law Journal, Global Lawyer, Managing Partner, Harvard Business Review and the Pricing Journal amongst others.

Richard is a member of the Professional Pricing Society (USA) and the European Pricing Platform. He is also an Advisory Panel member of the newly formed, New York-based True Value Partnership Institute, a global think tank comprising only around a dozen members including the Pricing Directors in some of the world’s largest and most prestigious law firms in the United States, the United Kingdom and Australia. He has also recently been invited onto the advisory board of Legal League Consulting. India's premier legal profession management consultancy.

Highly respected Australasian and Asian law firm consultant Dr George Beaton of Melbourne, Australia, describes Richard in his compendium on 'NewLaw New Rules' as “…the world’s leading authority on law firm pricing” and Professor Dominic Regan, special advisor to Lord Justice Sir Rupert Jackson, architect of the UK legal civil costs reforms, referred to Richard in New Law Journal as, “…the most in demand legal speaker in the world at the moment...”

His pricing consultancy services and speaking engagements take him throughout the UK, Asia, India, Europe, Australasia and North America.